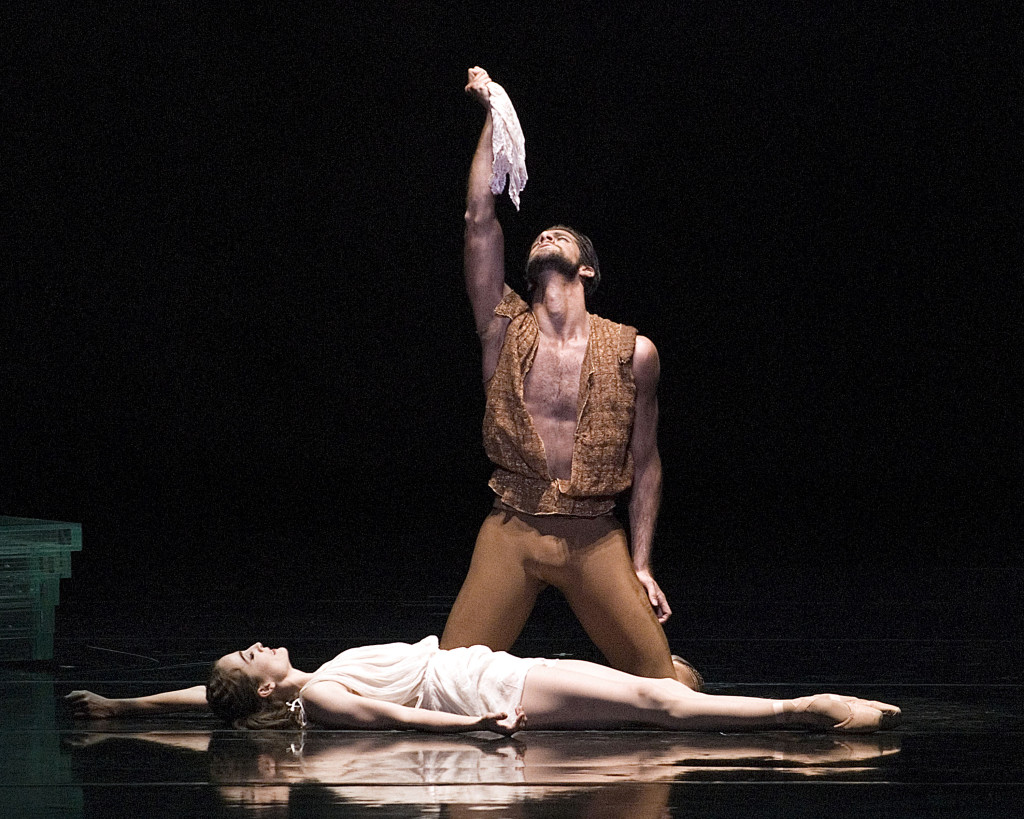 Othello is a full, evening-length ballet created jointly by Lar Lubovitch Dance Company, American Ballet Theatre and San Francisco Ballet. It tells the tale of Moorish general, Othello. Through the jealous lies and deceit of his closest friend, Iago, he is led to believe that his wife, Desdemona, is unfaithful. In his heartbreak and rage, he kills her and quickly after, himself.

All from the American Ballet Theater.

Othello premiered in 1997 at the Metropolitan Opera House in New York City.